Location
West of the river CT

(Amd) R105.2 Work exempt from permit. Exemption from the permit requirements of this code
shall not be deemed to grant authorization for any work to be done in any manner in violation of
the provisions of this code or any other laws, statutes, regulations or ordinances of the jurisdiction.

steveray said:
(Amd) R105.2 Work exempt from permit. Exemption from the permit requirements of this code
shall not be deemed to grant authorization for any work to be done in any manner in violation of
the provisions of this code or any other laws, statutes, regulations or ordinances of the jurisdiction.
Click to expand...

BINGO! This is often misunderstood by many. A permit not being required, just means you get no help with code compliance. Code compliance is still required.

Rick18071 said:
Glenn, since the code has no definition of a porch how do you define it as? And would it need to be built as an deck, addition or a sun room?

[RB] ADDITION. An extension or increase in floor area or
height of a building or structure.

[RB] SUNROOM. A one-story structure attached to a dwelling
with a glazing area in excess of 40 percent of the gross
area of the structure’s exterior walls and roof.
For definition applicable in Chapter 11, see Section
N1101.6.

Balcony. No definition in IRC and IBC which only has sections cantilevered about balconies..

No definition of a deck in the IRC or IBC
Click to expand...

Yeah... this discussion comes up a lot too. Cleaning up terminology of these exterior walking surfaces is on my to do list for the 2024 IRC. I think the distinction comes down to a few big things.

Are there braced walls to support the floor laterally? A deck is special due to lack of a conventional lateral bracing. A sunroom has walls, is a building, and thus complies with provisions in the code that a deck does not.

Is it exposed to exterior conditions? A deck does not have walls, thus no water-resistant barrier. Decks are special.

Is it an elevated structure with members that span? This is a distinction between structural provisions and safety provisions. A concrete "patio" must still comply with Chapter 3 provisions, for example, but not Chapter 5 provisions. But what about a driveway? Is that a patio? I mean... ever chilled outside a buddies open garage on the driveway in some lawn chairs drinking beer? Or did I just reveal how low class I am?

Let's not even talk about fire separation distance. A deck is not a projection, at least not with required fire rating, but that's going to stir people up. Another one on my to do list for 2024. FSD and decks needs to be addressed because the variety of interpretation is madness!

Rick18071 said:
joists parallel with the building
Click to expand...

What does that accomplish? Prevents ledgers and their typical poor connection to the house structure?

For our tiny population, we build a lot of decks. Not as many as some of you guys in the large jurisdictions see for sure, but around here, everyone has a deck. I've sold 2 deck permits this morning. We amended out the 200 sf and less than 30" exemptions, so they all get a permit. We charge a flat $30.00 fee. For that you get a footing inspection, a framing inspection, and a final. And as many failed re-inspections as required if you're building it yourself. We did not adopt as code the DCA-6, but - I tell everyone where and how to find it, I explain the things in it that they don't understand, and tell them all that if they build it according to that standard, they'll pass my inspections. May not be the best way and probably won't work everywhere, but I'm pretty confident most decks that get built here won't fall down and hurt anyone. That suits me.

ICE said:
Okay Glenn I appreciate that you have found a passion for decks....but here's the deal for us. If the elevation around the deck is less that thirty inches, no permit is required. If greater than thirty inches you not only get a permit but you also get an engineer. I submit that a seperate deck code would be superfluous.……… Now fatboy is wondering what superhero involves flowers.
Click to expand...

R507 Exterior Decks
R507.1 Decks. Wood-framed decks shall be in accordance with this section. For decks using materials and conditions not prescribed in this section, refer to R301.

My understanding is that you can use the prescriptive elements of the residential code without an engineer. Once it goes beyond prescriptive it requires engineering. Am I missing something? Thanks.

Location
West of the river CT

R507 Exterior Decks
R507.1 Decks. Wood-framed decks shall be in accordance with this section. For decks using materials and conditions not prescribed in this section, refer to R301.

My understanding is that you can use the prescriptive elements of the residential code without an engineer. Once it goes beyond prescriptive it requires engineering. Am I missing something? Thanks.
Click to expand...

Center bearing beam (both sides)....Not that we engineer decks though...

What is shown is not defined as a balcony:

Balcony, external extension of an upper floor of a building, enclosed up to a height of about three feet by a solid or pierced screen, by balusters, or by railings. 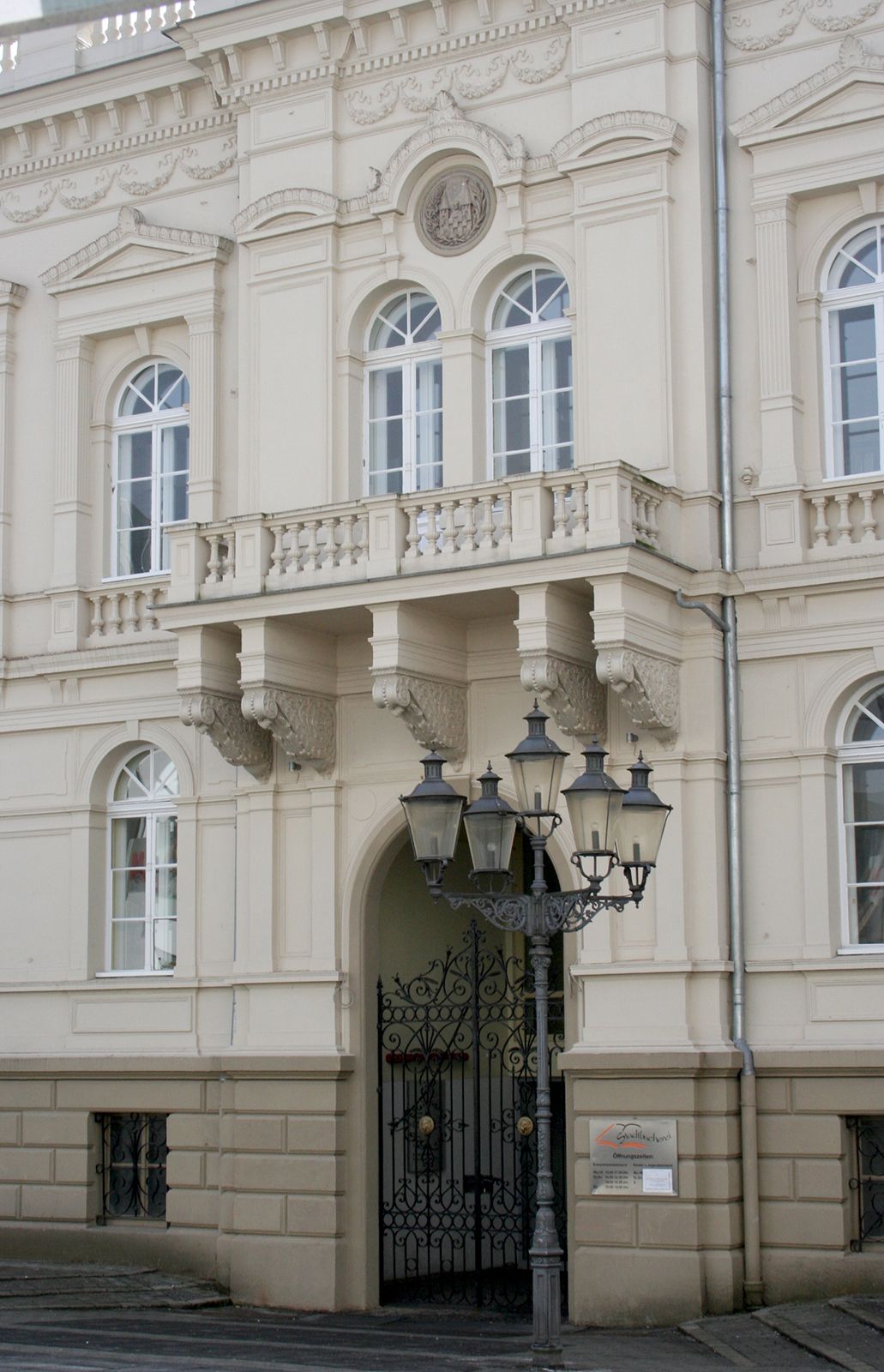 Balcony, external extension of an upper floor of a building, enclosed up to a height of about three feet (one metre) by a solid or pierced screen, by balusters (see also balustrade), or by railings. In the medieval and Renaissance periods, balconies were supported by corbels made out of successive
www.britannica.com
a platform enclosed by a wall or balustrade on the outside of a building, with access from an upper-floor window or door.

Balcony:
A platform that projects from the wall of a building and is surrounded by a railing, balustrade, or parapet.


If it has piers or columns supporting it on the ground, it is not a balcony.

It is not required BUT, if provided should meet the codes

R311.5 Landing, Deck, Balcony and Stair Construction and Attachment
Exterior landings, decks, balconies, stairs and similar facilities shall be positively anchored to the primary structure to resist both vertical and lateral forces or shall be designed to be self-supporting. Attachment shall not be accomplished by use of toenails or nails subject to withdrawal.

A few things to note.

The first prescriptive codes for deck came into the IRC in 2015, but were incomplete. They are still incomplete in the 2021 IRC. The IRC mandates various loads to be resisted. It also defines some precisely (live, snow, wind) that must be resisted. However, the IRC only provides limited prescriptive design codes with limited materials to satisfy the design loads. Where there is not a prescriptive design provided by the code, other designs must be proven as capable to satisfy the loads. For engineering, it's up to state law to defined who can do that. For tested evidence, it's up the building official. This can be with 3rd party or via IBC Chapter 17 (which is pretty open ended for the BO). Or there are other ways for a BO to approve something, such as the DCA 6 as an alternative, or a future code edition than what's adopted.

So technically speaking, prior to prescriptive deck codes in 2015, every deck had to be engineered or otherwise proven. Of course, they weren't, because we as a culture have had a complacent attitude about decks. That's why so many are failing now. Now that we have prescriptive deck codes, the 2021 IRC method is an option that does not require an engineer. If not adopted yet, it is a great alternative to approve.

However, I mention the IRC is still complete. This is because lateral loads are not addressed. Yes, we have anchors, but they are just smoke in mirrors. They are like having hold down anchors on a braced wall with no sheathing. And you don't know the W/H ratio of the wall or the loads. If we defined the loads, decks still don't have walls for lateral bracing and we don't have a defined live lateral load or a prescriptive method. (there's been research for a lateral LL, another story)

The taller the deck, the greater the affect of lateral loads. This is fair justification to require an engineered design for lateral load resistance (only), though the other portions should still be able to be done prescriptively. Good luck finding that engineer to do lateral only.