Santa Monica says thousands of apartments vulnerable to earthquake damage
http://smdp.com/city-says-thousands-of-apartments-vulnerable-to-earthquake-damage/158913
As many as 2,000 buildings in Santa Monica may be vulnerable to collapse or major damage during an earthquake, despite the city’s decades-old law requiring owners to get up to code.
Most of the buildings in danger are apartments with units sitting over a carport that may be vulnerable to collapse during significant seismic shaking. In fact, half the structures on the city’s list are so called “soft story” buildings with only two floors, according the city’s top building official, Ron Takiguchi. Many of those apartments lack significant support and may come crashing down onto cars during a major earthquake.
In January, staff members will publish the list of buildings they consider “seismically vulnerable.” Once the building’s owners are notified of the city’s concern, they will have a strict timeline to get their building inspected and then fix any problems.
The city is a hurry to retrofit concrete and brick buildings first because they have the biggest risk of collapse during a major earthquake. Owners of “unreinforced masonry buildings” – often made out of bricks – will have two years to get a permit and retrofit under the new ordinance. Soft-story building owners will have 72 months to finish the job.
Regionally, a major earthquake along the San Andreas Fault could destroy 300,000 buildings, most of them were constructed before modern building codes. While Santa Monica is 50 miles away from the fault line, it sits in a basin that is vulnerable to significant shaking.
“We are sitting in a big bowl of the geological equivalent of jello,” Dr. Lucy Jones said, who recently retired from USGS to start her own earthquake policy center and is advising the city on the new retrofit ordinance.
In the wake of the 1994 Northridge Earthquake, the Council required building owners to retrofit their buildings to updated standards, and many did – some passing on the costs of the retrofit to tenants. While owners of rent-controlled units had to prove they met requirements in order to raise rents, there was no formal enforcement effort for other structures. As a result, the city admits compliance was essentially voluntary.
“There was mandatory efforts after the 1994 earthquake but they didn’t get done for whatever reason,” said Councilmember Sue Himmelrich during the Dec. 6th council discussion of the new ordinance. “It’s really important that we carry through with this program.”
Now, the city is going after those buildings to get them up to standard. Takiguchi estimates “soft story” apartment retrofits will cost between $5,000 to $10,000 per unit and between $50 to $100 per square foot for steel and concrete buildings.
The city is considering streamlining the appeals process for buildings that require retrofits that put them at odds with other city ordinances – for example, thicker columns to support apartment buildings may mean tenants lose valuable parking spaces underneath their units. Councilmembers stressed that safety during an earthquake may take priority over other requirements.
“There is no greater responsibility of government than public safety,” said councilmember Kevin Mckeown, whose rent-controlled apartment received a retrofit after the Northridge quake. “Usually we think of that in terms of police and fire but here we have a case to prevent a lot of injury and damage.”
Most of the structures on the city’s list of vulnerable buildings were built before 1980. Since some buildings that are currently in compliance with city code may still require retrofitting, the city plans to still inspect buildings that made upgrades after the Northridge earthquake. Some concrete and steel buildings constructed as recently as the 1990’s may need retrofitting.

Santa Monica said:
Takiguchi estimates “soft story” apartment retrofits will cost between $5,000 to $10,000 per unit and between $50 to $100 per square foot for steel and concrete buildings.
Click to expand...

My son works in the two spaces on the right, Berkeley required retrofitting, the owner hired a structural engineer to design a soft story retrofit, he did it all with one steel moment frame in the second unit, he got three bids and took a $70.000 bid, they cut a 4' deep trench across the unit and put 1" rebar in it (I stopped by when the cage was in place before the pour), then erected the steel moment frame, I think there should be a penalty for any city misleading people with ridiculously low prices. 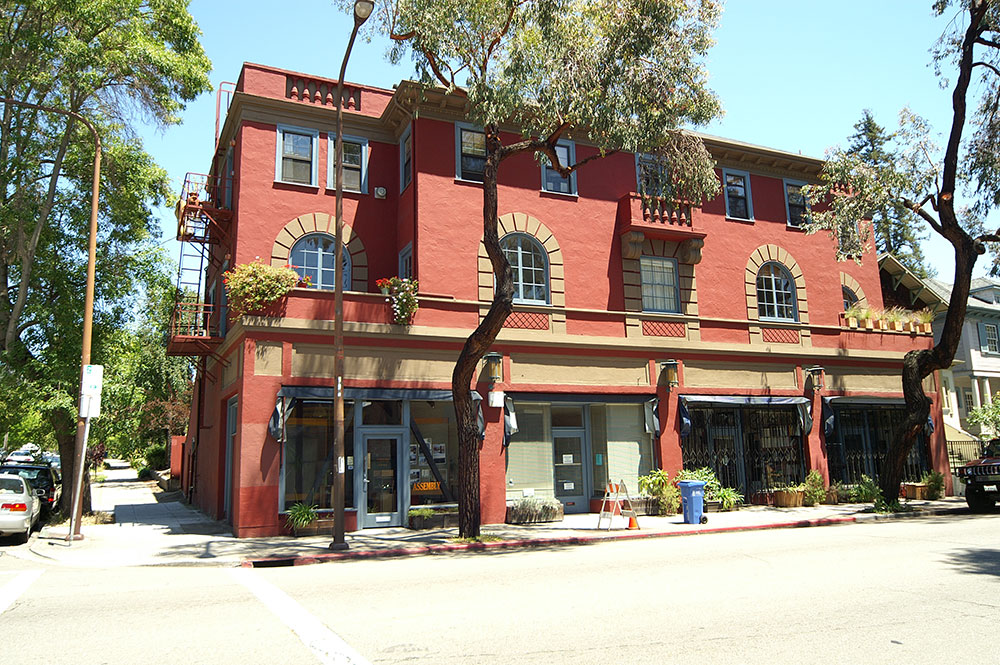